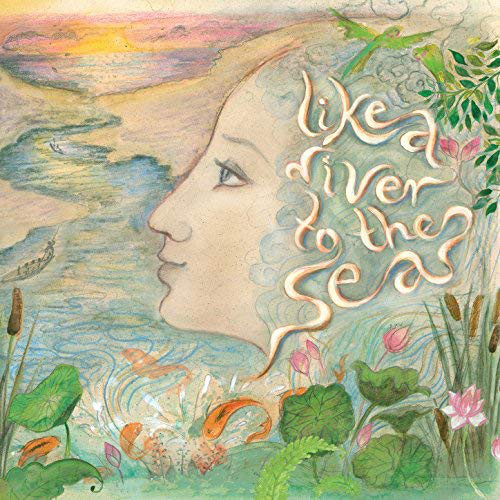 Jahnavi Harrison released her debut album, ‘Like a River to the Sea’ in July 2015, and has won the hearts of millions around the globe including A-list celebrity's, global business leaders, yoga and meditation icons and seekers of the divine. In 2016 Jahnavi also featured on the Grammy nominated ‘Bhakti Without Borders’ charity album (2016).

When Jahnavi sings, her deep loving heart and enchanting musical gifts, reveals the beauty of each of our souls. Like a River To The Sea- is truly flow of grace. Let us submerge ourselves and be transformed. – Radhanath Swami

Surpasses all expectations…the depth and sensitivity of the vocals, the quality of the accompaniment and variety in arrangements have a maturity rarely seen for a first work. – Sanjeevini Dutta, Pulse Magazine

Enchanting. I have hardly stopped listening to these songs since I downloaded them a week ago. Go on give it a try! – Amazon.com customer

The depth of feeling, sincerity and love that come through cannot be doubted…and it is in this that the album succeeds. — Amardeep Dhillon, Songlines Magazine

The number 1 conscious music artist for 2015. Pure, prayerful melodies emanate from Krishna devotee Jahnavi Harrison’s lips on every track of Like A River To The Sea. There’s no doubt about it: This woman is singing to God. A rich mix of instruments (piano, bansuri flute, cello, violin), combined with a heavenly chorus, makes this call-and-response kirtan album soar. — Tori Rose, Soul Traveller/Sage Magazine

Enter your email and be the first to know about exclusive musical releases, events, + more